«I guess I'd say that Thunder Bunny is gloomy, psychedelic drug-pop or the sounds of a world of dark and sad sex as heard through a tin can.
I love distance in music but for it to still have power... Like a storm that you may hear but doesn't always hit. Music that through it's meloncholy says "there is nothing left to do but f#ck".
I listen most to music that takes you places. The way Chet Baker's or Astrud Gilberto's voice can drift with you down a stream. My favorite songs ever are "I'll Be You Mirror" and "Moon River". Some songs can make the world end.
I really just write folky pop songs on an acoustic guitar and that to this point has always been the first thing I record. But all the while there is a hundred things in my head. So once I get the acoustic down to a click; it's just one thing after another. It's a challenge sometimes to remember everything because I don't really know how to play any of these instruments and I have left the studio having forgotten to put instruments in a song that I'd intended to...»
Published by charlie at 17:55 1 comments

«The Velvet Underground and the Beach Boys had a love child. This love child grew up listening to The Damned, abusing Adderral, and stubbornly believing in Love. He records songs in a basement in Rhode Island, and his name is The Liberty Belles.»
Published by charlie at 17:02 0 comments

«Dunes is an LA-based trio, who bend timeless, ornate darkness into new and forlorn forms. The three artists have deconstructed the classic instrumental set up and rebuilt from the drums up, creating tools for their own dreamy vision of pop. Their inspiration forms itself in themes from outside forces to inner balance. Though serious in musical intentions, they do bring a fun and kinetic element to their live performances. Roommates and bandmates but mostly just friends, Dunes keeps it cozy in their home, serenading their neighbors and drawing inspiration from their living room walls.»
Published by charlie at 16:25 0 comments 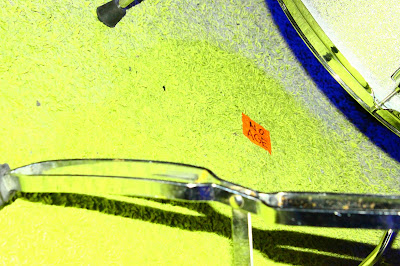 From the dawns of Kid City, tropical punk wildhearts Abe Vigoda have accostumed their thirsty audience with a constant reinvention of their signature sound. Throwing Shade at previously acclaimed Reviver and Skeleton, they charge into a packed XOYO with happiness fueled Pure Violence, reminding us of the live energy that made us love them in the first place. Crush(ed).
Nothing Hurts like the sound of the Paradise Vendors - London based trio Male Bonding prepares us for No Age with Weird Feelings and a mosh-pit induced Crooked Scene. Nothing Remains, only sweat and smiles.
Come the headliners of the night, LA-based, California-raised Life Prowler(s) No Age. Prepare for the usual bombastic live performance, and forget about everything else - a Brain Burner sound that leaves us Fever Dreaming with Ripped Knees. Everything in Between shines in Glitter colors, explodes in extreme crowd surfing and leaves us, as usual, wanting for more and more.
All Photos & Text by Bruna Volpi / 14.10.2010

Mickey Mickey Rourke, a project Los Angeles resident Miller Rodriguez began just this year, is already one of the most prolific musicians in the current quasi-scene of somewhat-ambient, sometimes-R&B-influenced, lo-fi musicians. Under the motto “Make pretty things and never be seen,” Miller not only makes blissfully meditative drones, but also more concrete tropical psychedelia in his collaborations with Lester Brown as Mickey Brown and, most recently, he’s branched out to structured, lo-fi pop songs. 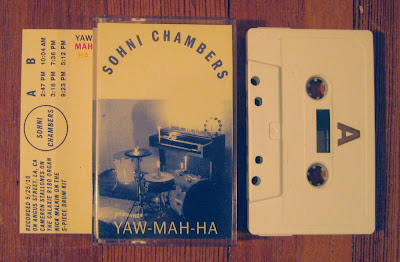 Sohni Chambers
Yaw-Mah-Ha (Goaty Tapes, 2010)
MP3: Sohni Chambers - 3:18pm
If you're familiar with Sun Araw's trippy gems, you'll be certainly thrilled with Cameron Stallones' side-project, Sohni Chambers. Featuring solely Stallones on the Galaxie 8180 organ and his live collaborator Nick Malkin on the 5-piece drum-kit, Sohni Chambers is like a primitive, guitar-less side of Stalonnes' main venture in which all that sun-kissed psychedelia returns to its most raw, embryonic state. If you think of Sun Araw as the moment when you're laid semi-unconscious on the floor with your mind spinning in another dimension because you were hit in the head (which is more or less how I feel when I listen to it), then Sohni Chambers is the moment before that, when you're knocked-out but not yet seeing stars.
Yaw-Mah-Ha was recorded in Los Angeles last May and is now available through Goaty Tapes. According to Altered Zones, its song titles were named after the time of the day they were actually recorded. But while our friends gave you 2:47pm, we set our watches to 3:18pm.

«There's this whole resurgence of "bedroom music" that I feel I'm a part of. I guess you can call my music "glo-fi", but I can identify more with just electro-pop. I just want to make music that people can zone out and dance and sing along to while invoking a range of emotions.»

Published by charlie at 11:34 0 comments

> Tropical Punk:
«We like dinosaurs and animals. We’re tired and lonely and we love to have fun. We sing songs about girls and parties and play sad songs for sweet hearts. We are sentimental and proud of our fathers. We like fondling fun and swinging doors. We love drinking. We play music for sad situations & good times. Will you sleep over?»

Published by charlie at 21:40 0 comments

Fresh Blood > One In A Googolplex

One In A Googolplex
> Saarland, Germany
> Folk, Indie-Pop

> Sebastian aka One In A Googolplex:

«Hey there Ashtapes reader, this is One In A Googolplex. My third album "The Dropout Cats" is coming out on October 19 via Alchemist Records. It will be available as CD, download and cassette. Musical influences are forests rustling, seas swooshing and winds howling as well as The Shins, Coldplay, Sufjan Stevens, Jack Johnson, Rogue Wave and At The Drive-In. The songs on this new album are about love, friendship, optimism, curiosity, sightseeing and cats. I can’t wait for you to check it out. Feel free to send me your thoughts to 1inagoogolplex@alchemistrecords.com or visit http://myspace.com/1inagoogolplex.»
Published by charlie at 21:12 0 comments

Etiquetas: Fresh Blood, One In A Googolplex


> William Freed of Dada Trash Collage:
«Dada Trash Collage to me, is all about composing with sound rather than instruments. It really allows me to keep things exciting for myself to know that anything and everything can become part of the final product. On my new record “Cool Waves/ Bad Days” sci-fi films had a huge influence on things both lyrically, and sonically. There are so many dense human emotions bottled up in those stories, and there is no limit as to where those films may go. I think having that mindset was really important to me while I was writing the album.»
Published by charlie at 16:13 0 comments

Dream Boat, "Kissing Collar"
Director: Kat Tedesco
From the LP Visions, now available for digital purchase via AMDISCS
A physical release is scheduled for December
Published by joão at 16:23 0 comments 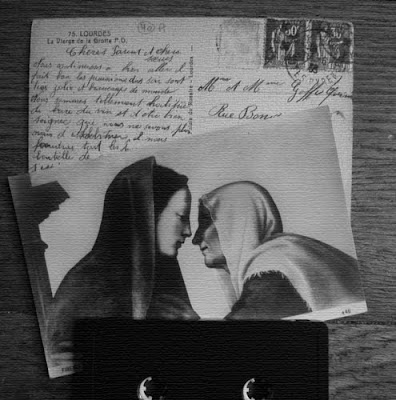 "I think this EP is kind of like falling asleep with the TV on... everything just seeps in. At some point you've gotta detox it out of your system to stay mentally fresh". That's how Gaurav from CVLTS introduced me his new EP, Black Hole, Hi Five, out today on Atelier Ciseaux. After listening to it, I cannot find better words to describe it. I highly recommend you to embark on this mind dazzling trip.
Black Hole, Hi Five comes in a beautifully crafted and extremely limited (30 copies) edition of home-painted black tapes including a vintage, religious-themed picture postcard (some of them handwritten -- how cool is that?). Back off, one's mine.
CONTINUE READING »
Published by joão at 21:57 0 comments