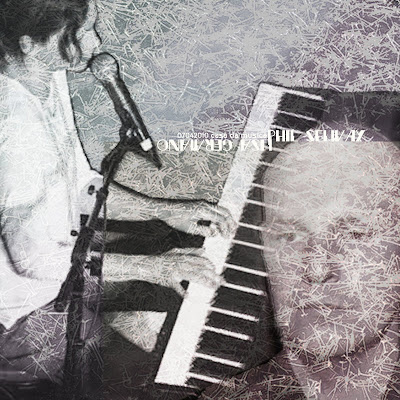 I didn't really know what to expect from this Lisa Germano + Phil Selway show. I knew they were going to be together on stage, but i didn't know what they were playing exactly. It came out to be an intimate, informal and unusual concert: each one played their own stuff alternately (check the setlist below), Lisa exploring mostly her latest album, Magic Neighbors, on the piano and Phil introducing his debut solo record to be released later this year. This was the last show of their tour together and they were joined by multi-instrumentalists Sebastian Steinberg and David Coulter. Lisa Germano is a brilliant singer-songwriter with a great voice and live her songs get a new and bigger dimension. While Lisa was singing, Phil basically stayed there still, sat down behind his floor tom watching her. As for Radiohead's drummer, he is essentially playing beautiful and stripped down folkish songs on his acoustic guitar with the support of some strings and Lisa's piano or electric guitar. No echoes of Thom Yorke and Co. here. It reminded me of some Wilco (who are producing his upcoming album) and Josh Rouse.
The live recording came out with a very good quality (turn the volume a bit up to take the most of it). I split the files, but there are no cuts. I hope you enjoy it.

Here's two previews of the show and at the end you can download the whole thing:

Thank U for Sharing everything about Lisa Germano, she's my oxygen! love her and love your review about her, not too many people know her music........deeply.